Principal Scientific Advisor to Government of India, Prof K Vijay Raghavan on Wednesday emphasized that the government is pushing rebuilding of scientific temperament among its aspiring populace through their mother tongue so that through their abstractive imaginations desire to learn science is captured in their formative years.

The Government is trying its best and making successful attempt to rope in CSIR and other similar institutions to propagate building scientific temperament within the Indian masses, particularly in their formative years so that original thinking is promoted and scientific applications are put in place through vernacular, added Prof Raghavan.

Speaking at a Theme Meet on Knowledge & Awareness Mapping Platform (KAMP) in which PHD Chamber of Commerce and Industry was the event partner with CSIR-NISTADS, Prof. Raghavan pointed out that education being a concurrent subject was largely dominated by States for primary, secondary and college level education whereas the Centre invested a great deal in promoting science and technology through Central Universities.

In this process, the necessary linkages were missed even after independence between Centre and States and science did not grow naturally in to minds of students of formative parts just as a natural feeling and desire inculcated for art, fine art, music and branches of humanities, felt Prof Raghavan.

That is one of the reasons, the science and scientific application could not be consequential and therefore, the government of the day has begun to push scientific temperament within its intended lot through filling in excitement by way of the mother tongue of the aspiring students, concluded Prof Raghavan. 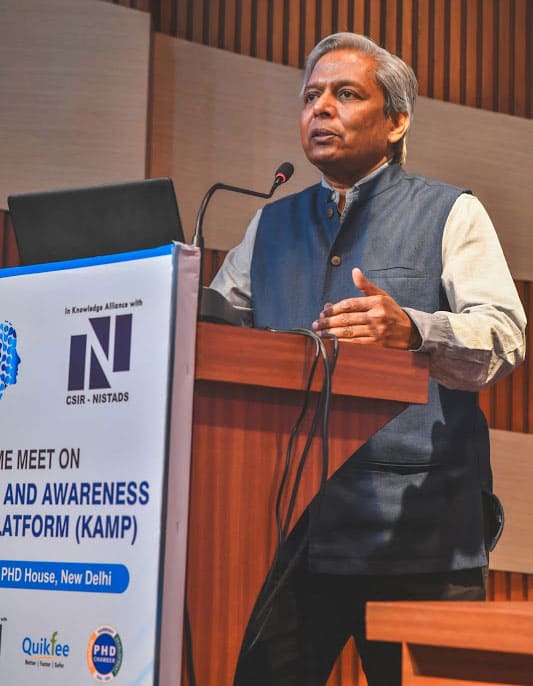